A Look at Saint Anthony of Padua

Every summer, Boston’s North End Neighborhood becomes flooded with eating, drinking, dancing, and all manner of celebrations. Why is this the case? Saint Anthony’s Feast, of course! A weekend-long Italian-American festival, Saint Anthony’s Feast has brightened up the North End streets for over one hundred years, attracting hundreds of visitors and vendors alike. Though the Feast enjoys continued relevance and success, many may not know about Saint Anthony of Padua, who the Feast is named after. In today’s blog, we’ll be taking a look at his life and legacy, keep reading below for more information!

Who is Saint Anthony of Padua?

The patron saint of lost items, Saint Anthony is a prominent figure in Roman Catholicism who continues to be celebrated by Italians across the world. Though he was born in Portugal, Saint Anthony spent the better part of his life in Italy, where he captivated Catholics and the public alike with his selfless devotion to the sick and poor. Anthony himself suffered from illness regularly throughout his life, but despite his weak-ish appearance, prevailed as one of Catholicism’s most widely respected and popular figures. Despite a relatively short life of 35 years, Saint Anthony was prolific and established himself as one of the most important Catholics of all time.

Why is he Celebrated?

Saint Anthony had a distinct devotion to the sick and poor, and as such, has become a symbol of good faith and optimism, especially among those who are less fortunate. He is known as the patron saint of lost or stolen items – and such items can include physical objects, in addition to nonphysical things like love, relationships, friendships, and others.

Anthony was a part of the Franciscan Order, one of the oldest surviving societies in Catholicism, and was said to have converted many to the faith in Italy and throughout Europe, rendering him one of the most influential clergymen in the history of the religion. Saint Anthony’s presence, despite his constant sickness, was nothing short of enchanting for many of those who encountered him, whether candidly or at one of his lectures. His impact continues to be celebrated to this day.

Looking For Quality Italian Food in Boston’s North End? Visit us at Strega!

Whatever brings you into the North End, we’d love to see you here at Strega. Offering a delicious selection of Italian food and drink, Strega is located on historic Hanover Street right here in the North End! Call us at 617-523-8481 to make a reservation today! 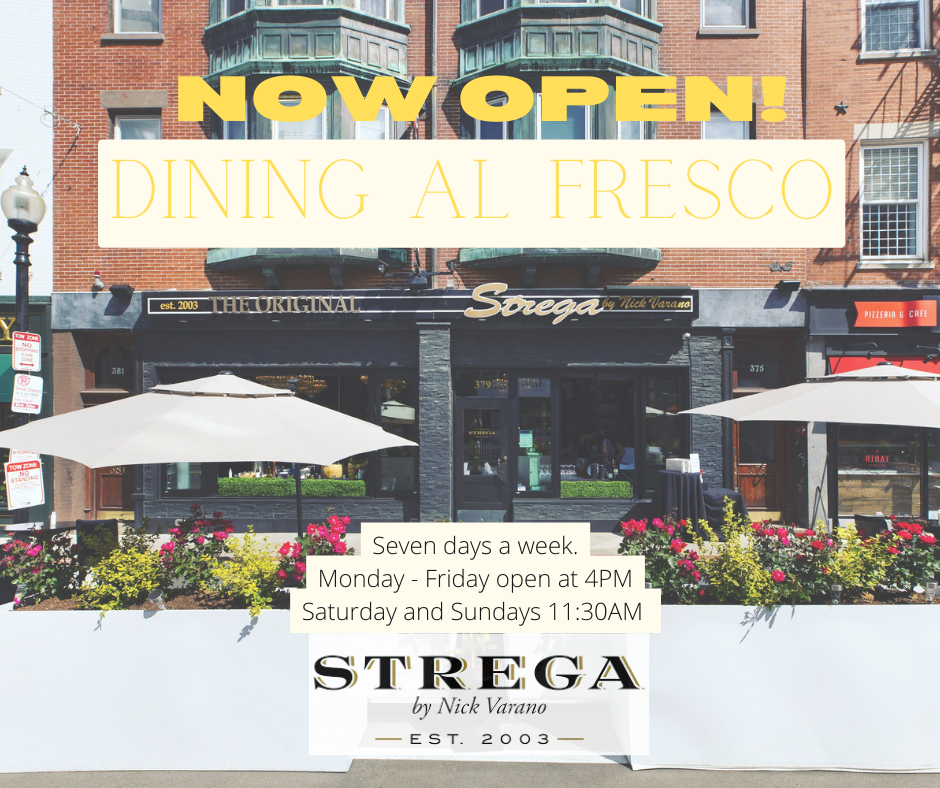